Has there ever been an  explosion, car chase, quick-cut, battle, or inappropriately stupid joke Michael Bay (Transformers: Dark of the Moon) didn’t like? The answer is “no” to all these (again) in this hyper-charged action/adventure that went straight to Netflix.

Now the truth is that you’ve likely already seen this one…I know I’m way behind the curve. As much as I was looking forward to Ryan Reynolds (Pokémon Detective Pikachu), having Michael Bay in the driver’s seat was not encouraging me. And, as I expected, the result was uneven and beggared credibility at just about every turn. That doesn’t mean it wasn’t entertaining, particularly if you just wanted to turn off your brain and watch some very long and spectacular car chases and fights, but it wasn’t a great movie or one that required more than a single viewing.

The sign of a good action/adventure is that you want to see it over and over again, not just for the visuals, but for the personalities (if not also the story). Compare this to the even more recent Extraction on the same streamer. Sure it was action-heavy, but even with a less complicated plot, it has more complete characters; people we want to see again. And, in fact, that movie has a sequel in the works.

Adding to 6 Underground’s challenges, forgetting how it was handled by Bay, the script was surprisingly weak given that it was from the same team that brought us Zombieland: Double Tap and two Deadpools, Paul Wernick and Rhett Reese. Then again, they also brought us Life. Bay’s primary weakness is that he doesn’t recognize issues in the scripts he’s using because he’s just focused on the next big visual. He creates a pastiche rather than a story, from which he hopes we’ll knit together a narrative in our own minds while he worries about the pretty pictures.

Reynolds, though the binding thread of the story, is really part of a ensemble. Mélanie Laurent (Now You See Me), Manuel Garcia-Rulfo (Bless Me Ultima, Widows), Ben Hardy (Bohemian Rhapsody), Adria Arjona (Good Omens), Corey Hawkins (Kong: Skull Island), and Dave Franco (The Little Hours) complete their gang. While each, generally, has an amusing and entertaining character, there is little connection between them, even when they are being physically intimate. They’re just “types” and sounding boards for the plot and action.

Against them are a pair of brothers. Lior Raz plays a suitably horrid dictator, with his moderate brother Peyman Maadi (A Separation) as the semi-willing pawn being pushed into place.  These two probably have the richest characters in the entire movie. They have levels, conflict, and history. Heck, they even get actual endings and evolution, which is more than I can say for the good-guys team.

For a night of empty entertainment with some very expensive action gags to carry it along, this could be your go-to. If you want an actual movie, you probably want to look somewhere else. 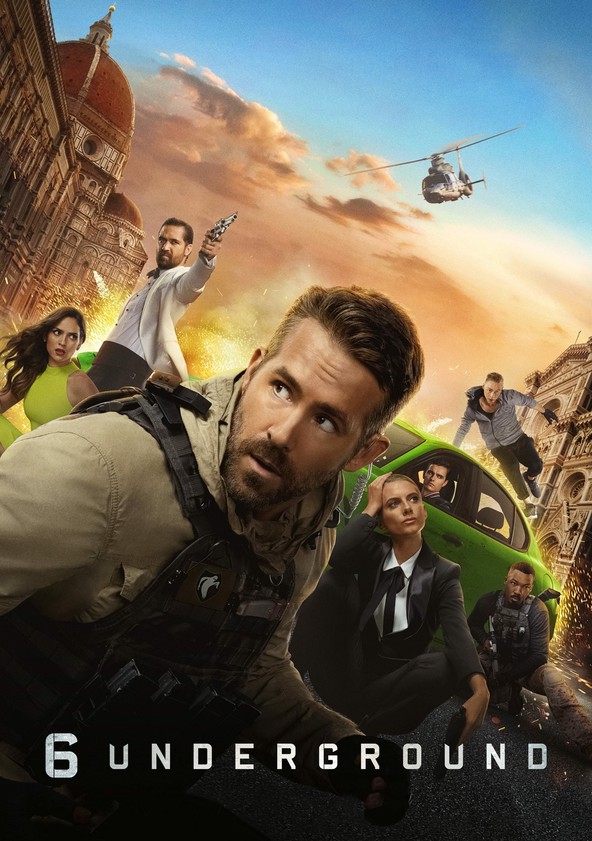