Honestly, I don’t know whether to be excited or infuriated by this latest series. There are so many possibilities and answers and openings, and yet it was executed a bit ham-handedly and, ultimately, rushed.

Jodie Whittaker (Broadchurch) continues to grow her sense of the Doctor…and does so with aplomb. Our intrepid companions are evolving, though they have been pushed more to the side as the Doctor has gained confidence and energy. The dynamic of the foursome isn’t always smooth from a story point of view, but they all work well together. I think when Chibnall really gets a feeling of the reins, he could equal Davies first few seasons. But first he really has to get some guidance on what building an arc really means.

This season is very reminiscent of Moffat’s disastrous series 8 as show-runner; fractured and confused. Though I think Chibnall’s overall quality is significantly better than Moffat’s awful season. But Chibnall has struggled with the overall arc and flow. He also allowed the series to get “in your face” preachy about too many issues. The ideas, and even presentations, were fine, but the expositions were painful. The same ideas could have been imparted without stating it all out in detail. In other words, he didn’t trust his audience enough. Even kids would have understood the implications without the pulpit speeches. At least, I do think Chibnall has the sensibility of Dr. Who correct (unlike Moffat much of the time). I just wish he’d be a bit more Torchwood and a bit less Saturday morning kid’s show.

Overall, it wasn’t an unengaging season, and it has some things to chew on, but I’m hoping next round will have more control and shape.

And now, the play by play as the series aired, if you want to understand how I came to these statements.

By the episode (with spoilers):

Spyfall (parts 1 & 2)
As a sendup of Skyfall, this Bond-like episode has a lot of fun and opens up some new avenues. However, I missed not having a stand-alone holiday special rather than just launching into the 12th series. In part I was also very, very frustrated with the revelation of the big bad. Not that Sacha Dhawan (Iron Fist) isn’t entertaining (if not exactly a Master I can get behind quite yet), but I really felt like that thread had been tied up ever so nicely during the Capaldi years. I suppose, however, that Chibnall just couldn’t resist trying to tackle one of the primary enemies and put his own stamp on it. What these episodes brought us, however, was the shape of the upcoming season with the reveals at the end. Was it worth it? I guess we’ll see.

Orphan 55
This episode starts off interestingly, but devolves into the worst kind of preachy science fiction that just doesn’t work well. Surprising as Ed Hime wrote one of the more challenging episodes from the previous season, It Takes You Away. It’s a shame as there were missed opportunities and, certainly, some fun riffs on Damnation Alley that could have taken the story in different directions. For instance, what if the Dregs were the results of virus infected terraforming tech that Kane was using. But, as it is, it’s one of the weakest episodes they’ve had a in long while. At least it was well directed and acted. And it was fun to see Laura Lane (The Loch) and Lewin Lloyd (Judy) in some different roles. Perhaps this is the one really weak episode this season (there’s always one)…and we’re getting it out of the early rather than late.

Nicola Tesla’s Night of Horrors
Well, I’ll give them this, Edison was portrayed at least a bit like the ass he was. The episode as a whole was OK. It’s another high octane, hand-wavy adventure in history, though this time on American soil with Goran Visnjic (Beginners) and Robert Glenister guesting as Tesla and Edison respectively. Fun, sure, and nice to see Tesla sort of get his due. it was also somewhat clever (and perhaps disingenuous) that Who elevates his ideas, even if the tragic aspects of his life remain.

I do have to wonder, after setting up the larger arc in the first episodes, why have we not even touched on it again yet? There aren’t that many eps to play with so waiting seems like a bad idea to me.

Renegade of the Judoon
Now this is what I’m talking about! This was the best and most complex episode of the season so far. It picks up the opening mystery and explodes it with two major reveals of multiple time lines and the delightful return of John Barrowman’s Capt. Jack Harkness. As a mid-season pivot, it’s wonderful. Why they dropped the thread for a couple eps escapes me as there is clearly a lot of material to work with. The mysteries should have at least been tagged into the intervening episodes to keep it more alive. But we’re here now…hoping the momentum continues and it’s a sprint to the finale.

Praxeus
Really? They couldn’t just keep focusing on the main thread? We had to have yet another “we’re destroying the planet” PSA? And, by the way, they’re getting a bit much and far too preachy in the writing. I know this is aimed at kids, but they’re smarter than the script allows for as well.

The episode is definitely an energetic and entertaining one. It even brings in Warren Brown (Good Cop), who gets to recap a lot of his characters in this one, but with some nice twists with the help of Matthew McNulty (The Paradise). But we just left off a huge revelation and there isn’t even a hint of that in this story.  There are only four episodes left and a hell of a lot to wrap up. Chibnall needs to get a better grip of his seasonal arcs and learn how to weave a whole cloth.

Can You Hear Me?
This fast-paced and energized adventure is great fun and sets up…something. Not sure what yet, but I don’t think this will be the last we know and see of these newest “monsters.” But the story is almost entirely off thread from the main series arc. At least it certainly appears to be stand-alone. What is clear from this episode is that we’re headed to some sort of change-over in, at least, the companions.

The Haunting of Villa Diodati
OK, here we are again with another view of the night Frankenstein was created (the most recent being Mary Shelley). Admittedly, this is a fun and unique use of that infamous (though more likely apocryphal) night. And it gets us back on the main arc…though with more questions than answers by the end.

With only two episodes left in the series, and the stakes and issues all finally at the forefront (although a continued aversion to discussing Jack or the other Doctor), I certainly hope they are both about wrapping all this up. This particularly story is fine, but because of the many recreations of this night, the trappings frankly felt a bit tired to me despite the creative concepts.

Ascension of the Cybermen
Talk about a long lead. Finally we are closing the loop begun in the first episode. This is an action packed story that raises the horror of the Cybermen another notch. While not an official two-parter, the resolution won’t come till next week’s finale. Frankly, not much really happens in this episode other than some adrenaline-based setup and the pulling in of at least some of the open threads. Mind you, there are still far too many left untouched, but I suspect that will change. I just hope the final episode of the series is super-sized so they don’t have to rush the resolution or, worse, leave it unresolved until the holiday special or next season. In other words, this was a fun and exciting episode, but not a complete or satisfying one on its own.

The Timeless Children
As I feared, this episode ended up rushed and, ultimately, open-ended. That said, at least we finally have an answer to Matt Smith’s regeneration from a few seasons back (that infamous number 13) which was never explained. You can buy into that or not, but at least Chibnall has attempted to provide an answer without shattering the canon. However, the depiction of The Master here, both by Sacha Dhawan and as written, is just over the top and weakly supported…and it flies in the face of the most recent incarnations. Sure The Master was always a bit off his nut, and a lot of that was due to his personal competition with The Doctor, but it needed more foundation and explanation throughout the series to get him onto a new path. And the one thing this episode never explained is how The Master survived the end of last season.

And, finally, the tag was more than a little angering. While it pulled back in aspects of the opening episode nicely, it leaves us utterly hanging at least until much later this year (with a possible special). I would have much preferred a conclusion and then a bridging special with tag into the 13th. It felt like a desperate attempt to get folks back after a mixed-result series. 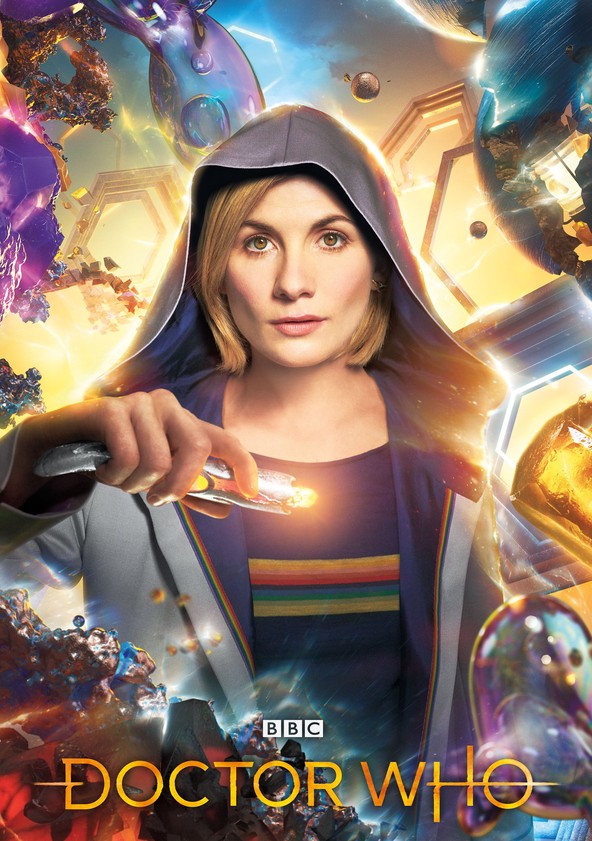