If you’re looking for a nearly pure action distraction with just enough story to fig-leaf it as a movie, this isn’t a bad choice. It has high production values and solid, if somewhat repetitive, fight choreography. Think Black Hawk Down meets Taken or an alternate version of Mile 22. Basically, the movie is a nearly real-time view of a hostage extraction from overwhelming odds.

Stunt coordinator turned director Sam Hargrave does a fair job for his first feature outing, especially given the scope. But the adapted script from Joe Russo, who is better known as a director (Avengers: Endgame), is just too predictable and thin to support the two hours of action.

Chris Hemsworth (Men in Black: International) toplines this movie and brings a number of layers to his broken-down mercenary. He has both motivation and emotion between his bursts of necessary violence. There are only a couple other characters of note. The young victim is nicely played by relative new-comer Rudhraksh Jaiswal. It isn’t a breakthrough performance, but he gets a few beats are impressive…but he’s otherwise there as a foil/prop for Hemsworth’s battles, internal and external.

Two smaller roles are add some depth to the mayhem. Golshifteh Farahani (Paterson) has a small supporting role from which Hargrave manages to wring a good deal of information with her just looking silently. But David Harbour (Frankenstein’s Monster’s Monster, Frankenstein), delivers what he can with a ham-handed character; the script did him no favors.

Is this worthwhile as a film?…well, it isn’t a great film, but it is a well-made distraction if you’re in the mood for what it has to offer. It does show what Netflix is starting to become capable of as they start putting lots of daylight between them and their nearest competitors while we’re all locked away. Enjoy it for what it is. There are much worse of this genre out there, but it still hasn’t quite reached the quality on all levels I’d like to see the streamer achieve in the feature category. But it is getting closer. 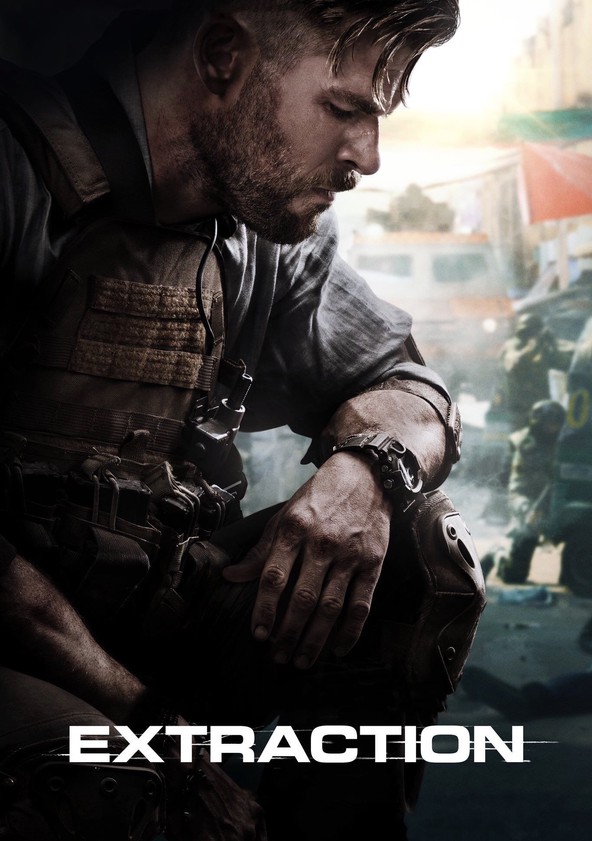