I was both touched and frustrated with this latest fantasy from animation powerhouse Pixar. At its core there is a wonderful tale of a young man trying to resolve the loss of a parent that he never met, not to mention trying to navigate becoming an adult. Tom Holland (Spies in Disguise) is suitably naive and intelligent for the role. And Chris Pratt (Avengers: Endgame, Passengers) as his older brother is well paired. Even Julia Louis-Dreyfus (Enough Said) makes a wonderful mom to the two, with her own minor plot running in parallel, with Octavia Spencer (Luce) at her side.

The story is, mostly, predictable and full of the Pixar-ish moments you expect. You’ll be charmed, laugh, and yes, weep. Dan Scanlon (Monsters University) knew how to use the templates and talent to get where he wanted.

So why, you may ask, am I not rating it higher? Well, frankly, it met the bare minimum on all those counts above, it didn’t exceed them. And while the animation is, as you’d expect, well done, the design was mediocre at best. Unlike, say, Zootopia, there was no thought put into how a world that had these kinds of creatures in them would actually look and work. The fact that cars don’t fit centaurs may be amusing to watch, doesn’t mean it makes any sense in a world where centaurs are common, if you follow. The concept behind a world that lost magic because it got lazy is just fine…that that world has to utterly mirror ours to make a point is just lacking in creativity. Also, how certain things worked (like when and how their father was aware and could function) was less than consistent. And, finally, that it was so lacking in female leads was a bit disappointing. Not that Dreyfus and Spencer weren’t tough characters in their way, but they were only bit players.

What I will grant Scanlon, and his fellow writers, is that they didn’t go for the easy ending. They, instead, took the more interesting route and in the process also utilized all the bits and pieces they had set up during the quest.

While Onward isn’t Pixar’s best creatively, it is effective and poignant. It may never live among its more successful cousins (and COVID-19 certainly didn’t help on that point) but it’s not a waste of light and magic. It’s just not what it could have been with a bit more critical thinking going on in the writer’s room. 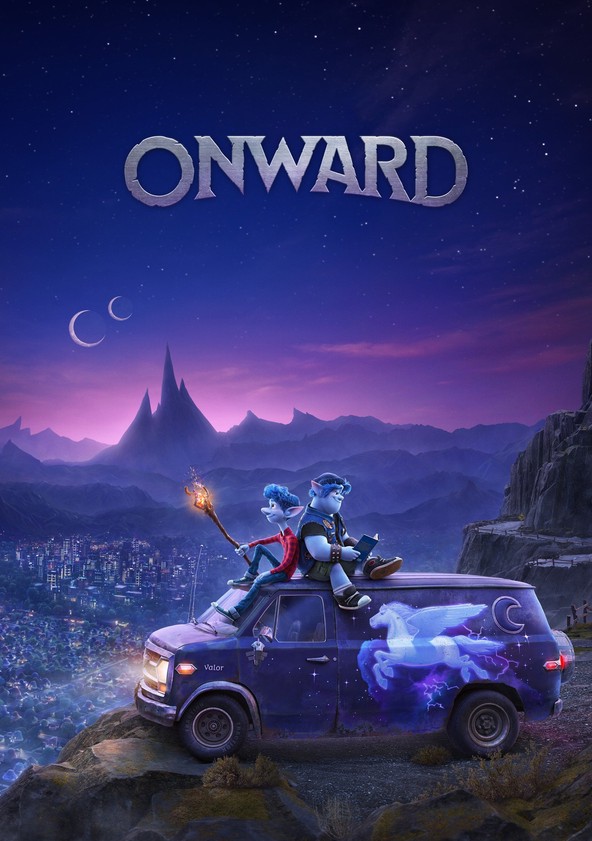