Whenever Simon Pegg (Terminal) and Nick Frost (Fighting With My Family) are involved, even just as actors and producers, you know it isn’t going to be a straight-forward story. Slaughterhouse Rulez reteams them with Crispian Mills’s (A Fantastic Fear of Everything) for a coming-of-age bording school black comedy…with an eco-message and monsters and not a few oblique swipes at Harry Potter and a dash of St. Trinian’s thrown in.

That crazy salad aside, there is little to surprise in Mills’s script; it’s all about the delivery. And Mills got the talent to deliver it with for sure. Michael Sheen (Dolittle), Margot Robbie (Bombshell), Asa Butterfield (The Space Between Us), and Tom Rhys Harries (Hunky Dory) carry a good part of the story. However, like Kingsman: The Secret Service, it finds in Finn Cole (Peaky Blinders) the pleeb in us all to let us root for someone to survive, as much as you do engage on that level.

Because it isn’t riffing on a specific genre, like Shaun of the Dead, it doesn’t have quite the same underlying punch or support. That doesn’t make it unfunny, just not quite as focused and digestible. But the reality is that either you like this kind of comedy or you don’t. If you do, give this the time. If you don’t, there are better options out there to try it out. 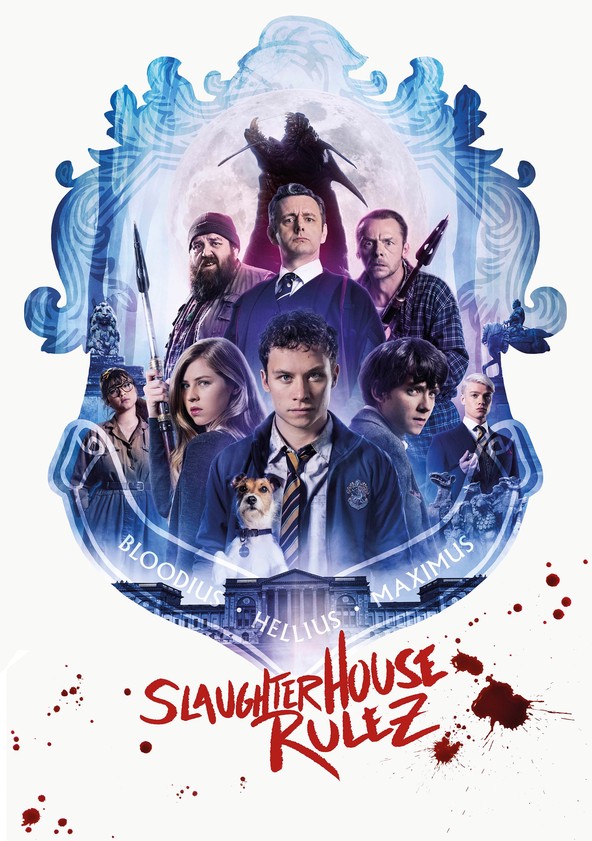