It isn’t perfect, and it’s certainly predictable in many ways, but The Half of It is also down-to-earth and earnest in the best possible sense. And I say this even with the framework of Cyrano with echos of Love, Simon and Hedvig and the Angry Inch paving the way. Director/writer Alice Wu (Saving Face) really came through in her Sophomore outing. She navigates the sea of high school awakening and romance with confidence, honesty, and a good dash of fantasy to allow for dramatic moments. But she never loses credibility, despite the well trod ground.

Much of the success here goes to the three leads. Leah Lewis (Nancy Drew) as our Cyrano is heartbreakingly lost in her world, trying to balance life and family. Daniel Diemer, is surprisingly effective as a “inarticulate jock” with hidden capacities. And Alexxis Lemire, as the object of affection, walks an interesting line without stumbling. With Wu’s guidance, each of them manages to remain both aware and innocent, intelligent, but naive. In other words, very much of their age rather than adults playing at being teenagers.

This is where the movie sets itself apart from another similar outing in 10 Things I Hate About You. 10 Things, while practically a classic, leans into its classical underpinnings and loses the pretense of reality. The Half of It leans more into life, and embraces the joy and the suck (at least to a degree) that is being a teenager in love.

There is also one wonderful bit part worth mentioning, as it is a real standout. Becky Ann Baker (Girls), as Lewis’s teacher, has a few fabulous moments that also serve to expose the town at large with a few brushstrokes.

Make time for this one, if you haven’t already. It will put a smile on your face without rotting your teeth. And the story, humor, and moments are certainly worth revisiting again down the road. 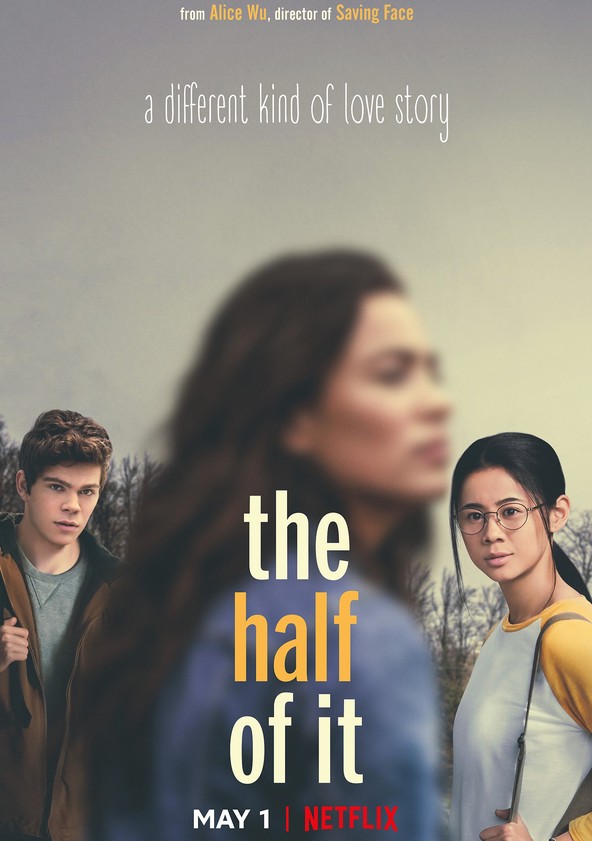